I’d been hovering on the doorstep waiting for my hubby to come back from parking the car …It was 7:30pm and I was normally in my P’J’s by then ….

and I hadn’t done fancy dress for ages …..

definitely not since MS took my confidence.

I mean ….the problem I had was my bloody foot brace… It wouldn’t fit with anything nice looking …..

It had been making me so miserable…..

I had one pair of shoes that I wore day in day out ….my safe go to shoes that failed to let me down ….In fact they always picked me up ….I wore the shoes with a smile on my face….

So what fancy dress costume went with Doc martin boots that was Vegas themed…..

We had entered our friends house in our costumes , my eyes looking down focused on any obstacles I may trip over….. I was trying to say hello to the people who were eagerly trying to see what costume we had both arrived in and had nervously clocked the large amount of unfamiliar faces beyond the lounge space……

I must say I was struggling to make brain connect with foot, mouth, eyes and confidence……words were coming out jumbled up and I was almost blipping like a glitchy robot !!!

But in true lady ‘ego’ fashion ,despite my Ms behaviours , I was actually searching to see if there were any ‘Queen of hearts’ cards in the room ……..

I was looking past the hostess as she greeted us .I was bent sort of half down towards their black lab, patting it’s head to show we were friends and not something to attack ….

The poor animal must of been extremely confused because humans don’t normally look like most of arriving at the front door !!!!

He was doing a grand job of putting everybody through the sniff test as they entered !!

We obviously past the test as we were allowed in !!!!

Just beyond where the food was gathering, on the centre kitchen island (we all bought a plate of food for the buffet with us and it worked a treat )!!! there were lots of faces …..

Some I knew and some I didn’t …

Some I hadn’t seen since my acute MS episode (which I was still painfully attending… all those bloody appointments that leave you confused, violated, vulnerable and feeling meek ) ….

If they ask me if I’m ok ,which is usually how the hello sentence seems to go amongst most human beings in this day and age I will say

My head space is racing ten to the dozen …heart pounding …embarassment turning my cheeks red ….

Do they feel they should ask how I am ??

Are they really interested or are they feeling sorry for me ??

Oh bloody hell kirsten …you are not Eeyore in the corner ….not tonight…..

Tonight you are the queen of hearts and you are here to have fun !!!! ….

I’m now wiggling my arm around where I am standing almost groping for that ever familiar hand …….He gives me a squeeze as our fingertips entwine which gives me the confidence I was looking for ……

People were settling into their surroundings …perched on bar stalls props up against the island …stood getting glasses for their drinks ….

I’m still scouting with my eyes …..

Its awful when you turn up in the same outfit as someone else ….whether it be a wedding a funeral and definitely a fancy dress party …….

Chris and I were playing cards and what a fine pair we made too…..

I was wearing a tiara …lucky me hey!!!

and a pair of queenie stockings …lucky for Chris 😉 😉 !!

As always with any outfit I put on its an issue with shoes….

I’ve never been a high heel lady as Chris is only 5ft 3…… but I will add,we all know lovely things come in small packages and this is so very true with My Chris !!!

But back when I turned 40 and decided to follow my own sense of fashion whilst saying sod the high street I went about searching for a pair of Dr Martins …..

I had never been lucky enough to own a pair back in the 80’s and 90’s so you can imagine my utter delight when Chris purchased a pair of mid calf length 14 holes for my 40th birthday …the most exciting bit for me was the zips up the side so no struggling with the laces !!!

People knew me by my boots lol ….Loads of comments from both sexes had me feeling proud of my boots …

So rather timidly I popped myself up against the kitchen wall trying to blend in … I was trying to look cool in my costume and trying to home on any conversation that was going on around me so I could try and join in whilst Chris had left me to go and get me a soft drink …..

Can you imagine my delight….

To start off with I didn’t even recognise the comment was aimed at me !!!

I didn’t know him from Adam, but he made me feel normal …..and that was just grand !!!

These boots have been my saving grace ….little did I know that they would be the most useful shoe for my drop foot brace ….

I now have a black pair which we imported from the USA … That was a disaster and perhaps another story for another day but the nightmare was well worth it ….

I can rock my look most seasons now and …..

but this year my kids held me up as the waves hit my body ….

Everything MS was heightened as the cold penetrated through my mother Christmas costume …..

It was exhilarating ,but also extremely emotional for me …So many people said I couldn’t…and if you say that to me and I say “F*** it let me have a go !! …. 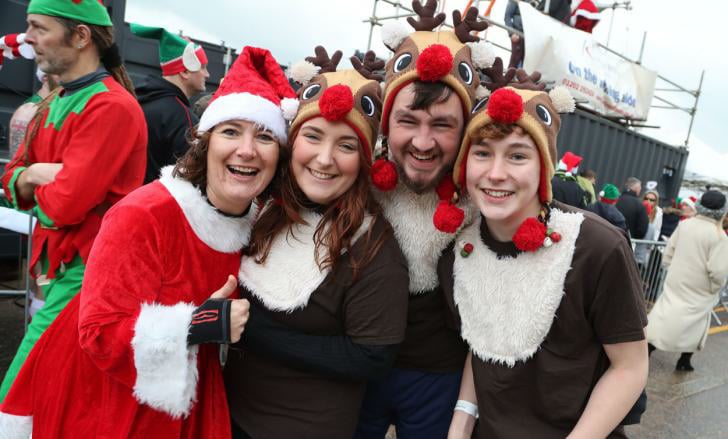 and then on New Years eve and after a long afternoon nap…………. 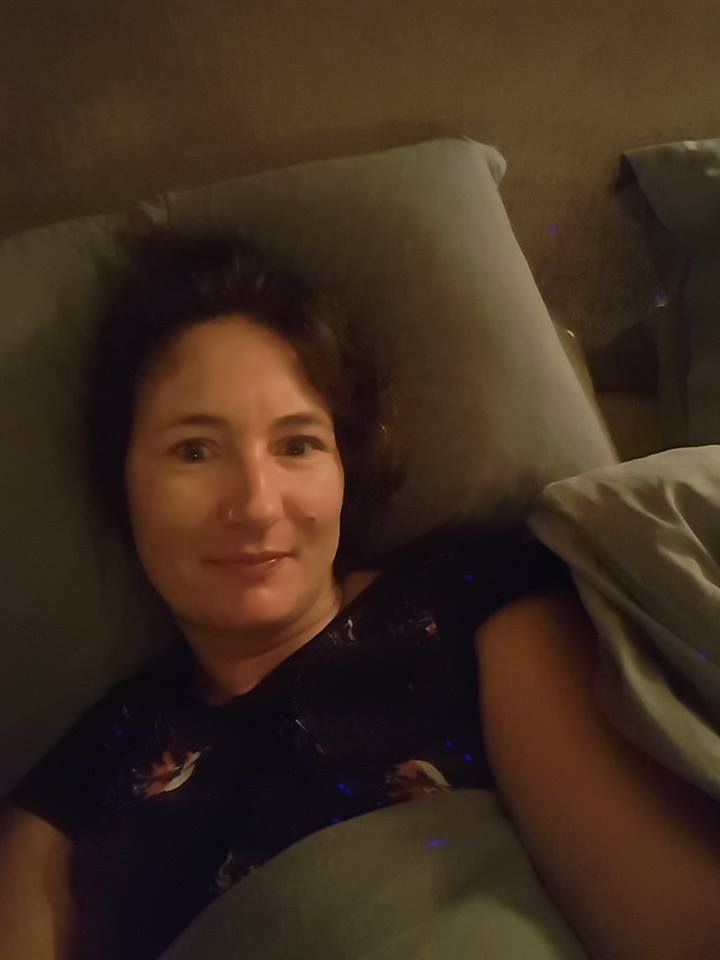 we kicked the hell out of 2017 with a group of wonderful people helping each other say goodbye to the years trauma’s trial’s and tribulation’s ……I was dressed as The little mermaid because I thought seeing as I struggle with my feet I thought I’d try a tail….) 🙂 lol !!!!

(you’ll find out why I think I should be a mermaid another time ) :

Ms is an extremely unpredictable beast….

They are worn different ,but with a rebellious spirit ……….