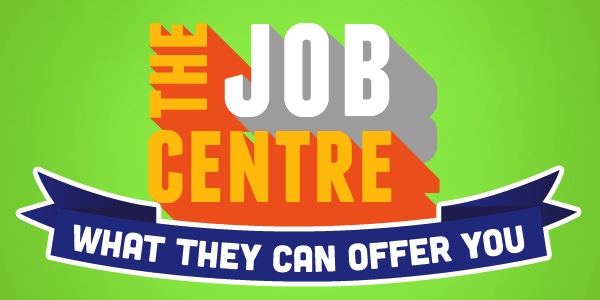 I have to write about this ….I need to air my frustration with a system that is failing me …well not just me …but many of us ……

For goodness sake …I’m just about coming to terms with the turmoil MS has brought upon me …and now this !!!!

I am heading down to the job centre today…

35 hours or more I have been deemed fit to work by a health care assessor….

Sod all my hospital records and the fact I have an unambiguous critical disease with no cure currently and with residual issues  that I personally have worked so hard to get back to a sort of semi normal ….life has certainly changed …….

well I went to an assessment ands answered 45 minutes worth of questions and agreed to a short physical examination ….and 4 weeks later they stopped my ESA and stated I scored 0 in every category  and was deemed fit to return to work LOL …. The letter stated I needed to sign on to job seekers If i didn’t have a job prior to becoming poorly and that my employer would need to make reasonable adjustments to accommodate me back into the work place with a disability ….

The thing is I was employed by myself ….(self employed )

16 months ago I was a hard working woman with a large clientele…. I worked the morning that I wasn’t right and spent the 10 days in hospital with my appointment book on my lap trying to juggle appointments and working on a ‘back to work plan’  …

The clients waited for me to improve ….some of them for about 3 months, but I couldn’t expect them to go around looking like hippies and slowly they booked elsewhere ….

I couldn’t stand, I couldn’t move around at any speed and my coordination, perception and cognitive ability were shot to bits ….

so I plodded knowing if I needed the physio’s support again all I needed to do was call …so I focused on taking care of myself, giving myself time to sit with the dramatic past few months and nursing my failing body that was throwing new challenges at me every day but I supported by my contribution based employment support allowance and I was in the support group due to the severity of the state of my body …..I was given breathing space to rest …..

But back to the now …..and looking for a job ….I am certainly not unemployable ,but I become a risk as I would be protected by the disability act now …..

Im far from stupid although I hold no GCSE’s and have never passed any computer based exams ….but I ran my own business for 23 years …….

I had a salon that was on its last legs when I bought it ….At that time I was really wanting  to plant my feet into solid ground because  as a mobile hairdresser hairdressing with a newborn baby and a toddler  had been really hard work …I’d been doing it for  5 years and I was ready to go static is that the right word !!!! .

Life when you start a family isn’t easy …it to be honest was a bloody shock but also so very very rewarding so it balanced out and our life went on …..

I wouldn’t change any of it ….not in a million years .

I took on La Peche when our son was 6 months old  and our daughter Naomi was 5…Naomi used to sweep the salon floor and chat to the clients and Tom would scoot around in his baby walker whenever I had no choice to bring them in but it worked perfectly…..

I remember jumping in our car and shooting down the road to stand in the moonlight our noses  firmly pressed up against the window of this salon ….(Chris had spotted on the internet )…It was literally 5 minutes up the road from where we lived and in a fairly good location…..(not quite high street but good enough) …..it was a shop and if I had balls it could be mine….

The salon interior was peach and green and very 80’s but I could see past that….I could see a future where I could grow and bloom properly …no more lugging the kids and all my equipment in and out of the car several times a day ……

I saw a chance to shine and I wanted so desperately for Chris to say yes…..

My hubby and I were a tag team as we managed a tiny Tom and our helpful little lynne (Naomi )…..

Life was tough but good ….

Students filled the kids bedrooms in peak season and they bunked with us to save the pennies for xmas or holidays ….

We were grafters and no one could deny that…

Chris had stepped down from his manger roll at sainsbury’s as the stress of me being in labour and him stuck in Salisbury with the head office telling he couldn’t travel home until his shift was up pushed him over the edge ….He was just a number on their system ….so he stepped down and whilst he built his removal business up during day light hours he worked the warehouse on nights …..

I took on staff in my garish green and peach hair salon as the clientele grew ….

Sally took on more hours for me ….she also had small kids and it was important that the hours we worked  1) helped us so that we removed childcare costs by working late and leaving our husbands to feed bath and bed our nippers but  2)  gave the clientele who worked long hours or weekends or who were house bound with their own nippers so they could sort something so they to could have their hair done. It was a win win situation and we were one of the first shops back in 2002 to work under this concept…..

It proved very popular ………. Sally was the only old member of staff inherited with the furniture but I loved her and still do …A solid loving supportive angel that I looked forward to working with whenever we were on together …We did 2 late nights that offered so much to our clients in that sense of freedom relaxation and escape  ….

Along with unusual opening hours  I was really  proud that I had offered a fun environment to youngsters on work experience showing them how hairdressing was  rewarding sociable and creative … we were a million miles away from the old traumatic tales of scrubbing floors with tooth brushes and hours of dehairing rollers till your fingers cracked and bled…. I had so many young girls pass through  some who made it and others that’ll by the wayside as its north career for everyone but I am  still in touch with most of them now but my proudest moments had to be training Simone and Emma and them passing their qualifications and confidently hairdressing along side me ……

That was such an achievement for me and I felt  so proud that I had passed on something special to them …..they would always be able to make some money with the talent and skills they had harnessed as I had too……

I did 10 long hard years on the high street and not without drama …..It all sounds rosy but it was hard work …..

I covered the costs of holiday by giving up sometimes my own wages simply   because I was full in my clients columns which meant if the staff weren’t their working and I couldn’t fit their clients in we lost that income  …..but we survived and as time went by as always, things started to change…..

I had a prat of a man rent the shop next to me who promptly put a barbers in their ….My male client’s were loyal but he wasn’t to kind when I refused to remove the unisex sign from my door……

Although it was a struggling war with him ,over time his ego took over and one particular day whilst I was upset in the back yard over staffing issues and ranting on the phone to my hubby without knowing he was on the other side of the fence listening he rudely interrupted and with a cocky ‘I rule the world’ attitude offered to buy me out ……I jumped at the offer but he held all the cards and gave me just 2 crazy hectic weeks to leave with my clientele on tow….one snag …. I wasn’t allowed to tell my clientele  until I was gone …..

I had 2 weeks to turn my conservatory into a salon source furniture ,stock and prepare to explain to the clients I called  what had happened and hope they would follow me to my home address……

I needn’t have panicked  and to be honest it was definitely the right thing to have done .. the space I need up with at home was wonderful and the timing was perfect because we were heading into a few turbulent years with Chris’s furniture business going under To being diagnosed with ASD and Naomi being involved in a  school ski accident whilst on a half term school trip had led to her having  mental breakdown not to mention the hours of hospital appointments operations and mental health appointments so being home based with no staff and high street salon issues was the best thing for me at that time in our lives ..

The journey I had been on with La Peche had meant I had built up a strong loyal clientele with a steady income….over the years I had been given the  chance to meet some amazing people who are still very dear to me to this day and because I was working whilst all my shit was hitting the fan they helped me through the really dark times and offered copious amounts of support love and reassurance when I let my guard down and shared our dilemmas……

So you’d think I could handle most things right !!!!!!

hmmm ….The Job centre is scaring me half to death ….

why I feel like a child up against the head master or waiting to be scolded by my parents is beyond me ….These people in the job centre are only doing their job but my god the thought of going makes me feel so very sick ……

Its going to be quite a laugh I reckon ….and I don’t mean nicely nicely either !!!

“So Mrs Hannibal what did you do before you became unemployed “??

“Did you pass your GCSE maths and english”??

So today will be an EYE OPENER for sure ….

a new experience for me ….

Normally I have a laugh… I always look to the light and try to spread a little bit of happiness but today right now  I feel humble….i feel humble to be experiencing all that today brings as I know I will be standing in a queue with people that a few years back I used to feed on a Saturday night in the same job centre car park….

People who had fallen on hard times …people who were homeless or living in hostels local to the carpark …people who had lost everything .and sometimes through no fault of their own …situations similar to what I have been through ….I am blessed for an amazing husband a few close supportive relatives and of course a network of supportive friends …

I am truly blessed …

There is a lesson here for me to learn and I am going with whatever I am to be shown ….

but will ask you to  please prayer that I don’t get eaten alive ….I am petrified !!!!

2 thoughts on “Who employs someone with MS”