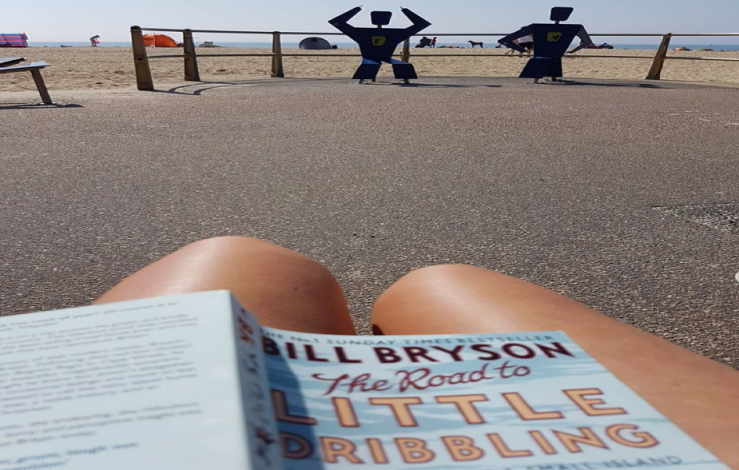 Yet it has put a smile on my face because it was a great source of entertainment …. We decided to head out to the beach before it got too hot for me with a little picnic and a good book to read ……To be honest I will have to return with a note pad and a pen so I can get busy writing my own book called the memoirs of the beach gym equipment…..it was so funny people watching ….

Every little kid bouncing up to the equipment full of enthusiasm doing everything but what the piece of equipment was meant to be used for whilst mum and dad edged over cautiously scared they may well have to demonstrate a random act of fitness lol …. but clearly very vocal on encouraging the kids to keep walking past their worst nightmare because they’d get an ice-cream as a reward and they wanted their costa coffee or a Harry Ramsden lol ….

For those parents who achieved a move correctly (after telling their kids they were doing the workout wrong) walked off like wounded soldiers as they caught parts of their anatomy through their clumsy efforts … the kids marching off in front stropping because they were told they were rubbish but (from what I could see) had tried their best …. well they were unaware of their parents failures ceasing to hang around when really they would have benefitted in seeing this rather comical argument where mum is telling dad off for a lack of encouragement and dad then stropping in a larger more flamboyant fashion than the kid’s efforts leaving poor old mum with the scooters a beach bag the cool box several pairs of shoes and copious amount of layers i.e. jumpers coats ( because she needed everyone to be prepared for the great British weather ) and a blow-up dingy while she wore a total look of disbelief on her face her jaw on the floor, perhaps wishing she had never past judgement….they were in for a fun rest of the day …lol ….NOT !!!

Then there was the older generation hovering over the equipment trying to focus on what the writing said and once they understood the instructions and placing their sticks between their legs promptly gave up as they realised their body wasn’t gonna work as they once remembered…. or some trying to fit their bodies to the ridged wooden structures and then trying to lunge or squat which sent them flying as their bodies came into contact with a look of shock on their faces …..

I looked over at one stage to see a group of about 5 men probably in their mid 20’s precariously balanced on the sit up bench fags hanging from their mouths, all on their mobile phones, probably trying to find the phone number of the girls they had pulled last night looking like they hadn’t been home yet or had lost their hotel ….

a sculpture to look at ….

a reminder as to how unfit or incapable we have become ….

and lastly a reason on the official papers for divorce….